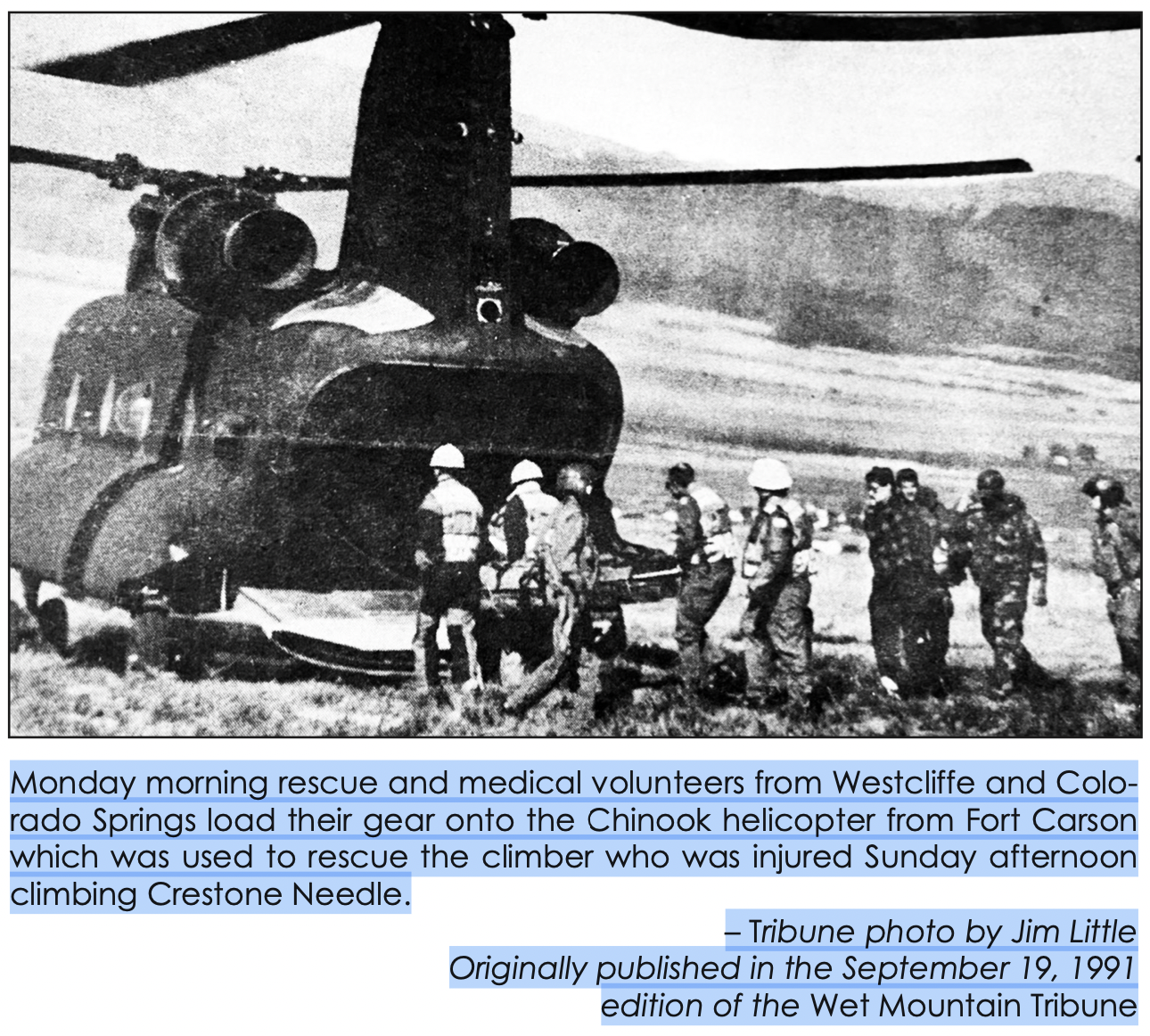 Peaks of the Past: Last week of September

(Information was gleaned from copies of the Wet Mountain Tribune, all from the last week in September.)

F.N. Waitley, a new-comer here from Akron, Colo., has opened a livery, transfer and feed stable in the old freight barn at the rear of the bank and asks a share of your patronage.

Fred Norquist, who has been prospecting in the range above Hillside all summer, left on Wednesday for Routt County where he has a few mining claims requiring his attention.

Dr. and Mrs. Hinshaw spent a few days at outside points and returned home yesterday in a new auto, a Moon six chummy roadster. The teachers and school children of Westcliffe enjoyed a picnic in the Valley last Friday. The Willing Workers will present a play, “The Union Station,” at the Leary-Schoolfield Hall on Wednesday evening next.

According to Raton newspapers received at this office, Roscoe A. White, formerly of Silver Cliff, was among the second quota of drafted men from that city. Roscoe was chosen captain of the men from his town on their journey to Camp Funston, Kas.

H.P. Stommel, exchange manager of the telephone company at Cañon City, spent a few days in Westcliffe this week.

Mr. and Mrs. R.W. Blackett drove their Moon roadster to Salida last Sunday where they met Miss Maury Fontaine, who has been their guest in Querida this week.

The firemen’s hall and lodge room front has been greatly improved the past week by being given a couple of coats of paint. It was quite a feat to paint the upper story but that man Craig accomplished the work without a mishap.

Dedication ceremonies will be held in Fort Collins on Friday for the new U.S. Public Health Service’s Ecological Investigations Laboratory on the Colorado State University campus. The primary mission of the $1.3 million, 42,000 square foot facility is the development of new or improved dis- ease prevention and control measures. The lab is under the direction of Dr. Archie Hess, son of Mr. and Mrs. A.D. Hess and a native of Custer County and a graduate of high school in Westcliffe with the class of 1928.

The Custer County Museum at Silver Cliff is now closed for the winter months. The museum had 1,600 visitors this summer from various states.

The mountainsides are still covered with beautiful golden aspen and vegetation at lower levels has taken on their usual brilliant fall colors. We’ve had nearly a half inch of rain in the past couple of weeks. On Sunday, the mercury dipped to 30 degrees in Westcliffe, according to official U.S. weather observer Marvin Rankin.

Nearly 40 drivers and crews from throughout the U.S. will be in Westcliffe this weekend for the ninth annual Gold Rush Pro Rally. Subaru is the national sponsor for this year’s event. Drivers and co-drivers will be racing against the clock on 13 local “stages,” and there will be four locations for spectators. The various stages, which will be temporarily closed to regular traffic during portions of the rally, include Bull Domingo, Game Ridge, Westcliffe, Crystal Lane, Bear Basin, Jenkins Park, Ophir Creek, Centennial Ranch, Rosita Road, Boneyard Park, Dead Mule, Hardscrabble and Ilse. Returning from last year will be 1991 rally winner Lon Peterson of Victorville, Calif, and his co-driver, Bill Guttmann of Ontario, Calif. For more details, see the special rally edition in this week’s Tribune.