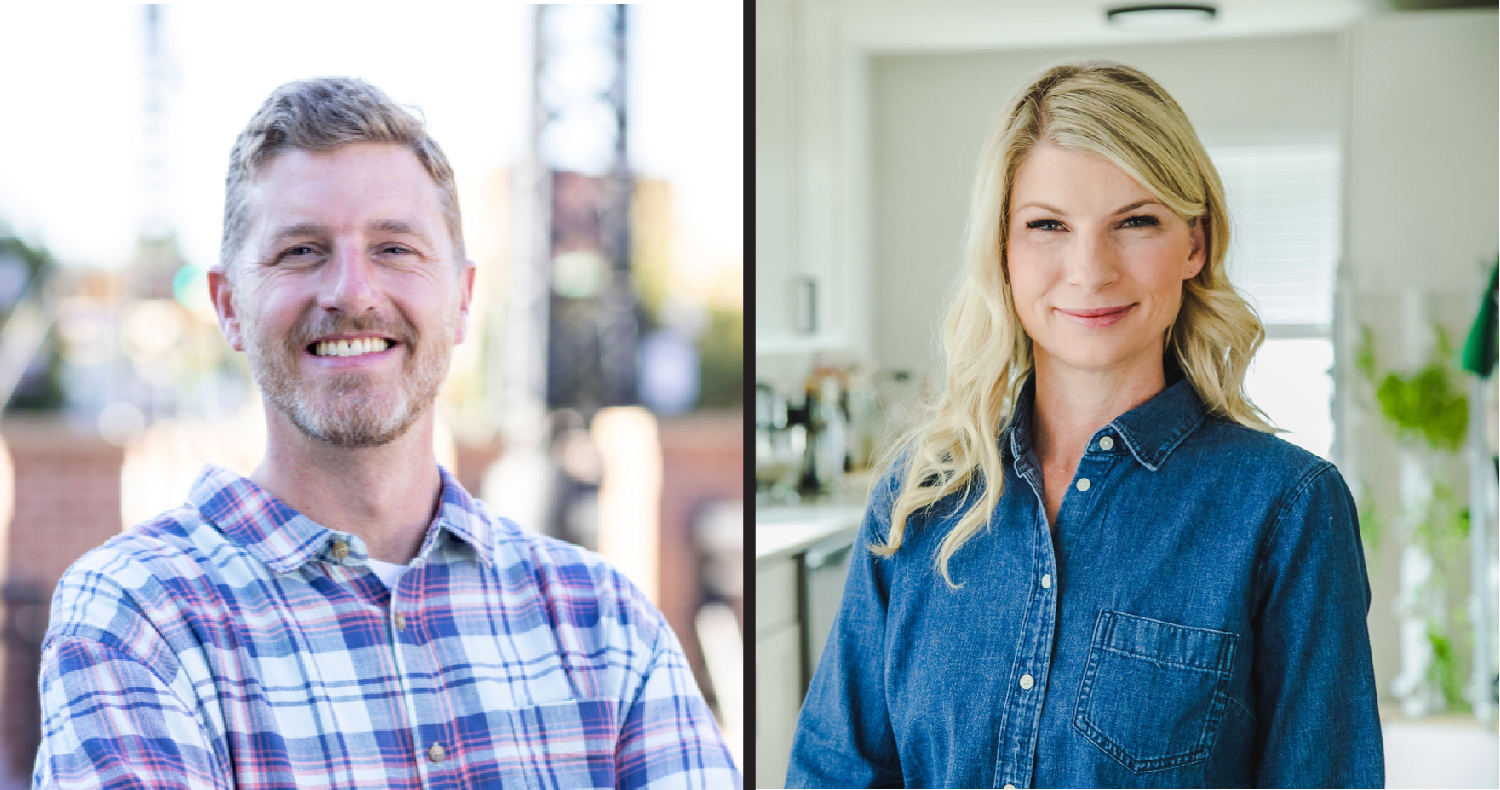 In a change from previous years, Custer, Fremont, Chaffee, with part of Lake, Park, Teller, and Jefferson County voters will go to the polls in a new Congressional District to choose a new representative in Washington for the first time in 16 years. Congressman Ed Perlmutter is retiring and is backing Democratic State Sen. Brittany Pettersen as his replacement.

The newly-configured district stretches from Broomfield in the north to Custer County in the south. The race for the open seat, several political watchers say, is Democratic State Sen. Brittany Pettersen’s to lose, with Democrats having nearly 13,000 more registered voters than Republicans in the district.

The 7th Congressional District, the lines of which were redrawn last year as part of the decennial redistricting process, is largely shaped by the sensibilities of suburban voters in Broomfield and Jefferson counties, which have turned decidedly blue in recent years.

That’s not good news for Erik Aadland, an Army vet and West Point graduate, who wants to become the first Repub- lican to hold the seat since 2007.

The Cook Political Report is saying that the way the lines have been drawn, they don’t think there are enough Republi- cans to flip the district and call the district a point bluer than the state as a whole.

Cook ranks the race as “likely Democrat.” Pettersen has raised more than twice than her opponent — $1.3 million versus $535,000 — as of the end of June. According to the University of Virginia Center for Politics, the Republican hopeful is still in a tough spot because the district reflects the views of its suburban voters in Jefferson County which has moved left in recent years. According to the Center’s managing editor Kyle Kondik, “Without making a dent in that trend, Republicans are going to have a hard time in this district. Aadland probably needs this to become more of a GOP wave year in order to win.”

But the district is still Colorado’s most competitive con- gressional race after the 8th Congressional District north of Denver. Issues sure to be on the top of both candidates’ minds are rising crime, inflation, and the recent drop in the stock market.

The 7th Congressional District formed just 20 years ago, with Republican Bob Beauprez occupying the post for the first four years of its existence. But since 2007, it’s been all Ed Perlmutter. The 69-year-old Democrat announced this year that he would retire in January, at the end of his eighth term.

While redistricting last year pulled the 7th into rural, and more conservative, areas it hadn’t encompassed before — like Custer, Chaffee, Teller, Lake, Park and Fremont counties — the district still has a distinctively blue tint. The Colorado Independent Redistricting Commission counted 148,000 registered Democrats versus fewer than 136,000 registered Republicans in the district.

That means victory for either candidate likely lies with the 233,000 voters who don’t officially affiliate with either party. That’s where Aadland, who did tours of duty in Iraq and Afghanistan, hopes to find voters who may feel Dem- ocrats’ recent efforts to push criminal justice reform have gone too far — creating a perception that criminals get more consideration than victims of crime.

In 2020, Colorado’s homicide rate surged to a 25-year high after 293 people were killed, leaving more than five people dead every week, on average. Motor vehicle thefts and aggravated assaults, like shootings and stabbings, skyrocketed statewide as well, according to an analysis by The Denver Post.

Issues for both candidates

Aadland, a father of three who has lived in Colorado for nearly a decade, said he will cite his opponent’s record in the state Senate — and her support for various criminal reform bills that could be seen as too soft on crime.

“She has a voting record that makes her very vulnerable that we can tie her to,” he said. “I would (also) tie her to Biden and (House Speaker Nancy) Pelosi in terms of big

government policies and increased government spending.” Aadland also faults Pettersen for her support of Senate Bill 181, a major 2019 overhaul of the oil and gas industry in Colorado that some blame for ham-stringing extraction in the state in the midst of a global energy crisis. Aadland, 42, worked for Noble Energy after leaving the Army, and it was a job with the oil and gas company that brought him to Colorado in 2013.

“She championed SB 181, which has lost Colorado between $10 billion and $20 billion a year in the economy, given its impact on the oil and gas industry,” he said.

But Pettersen, who has served in the state Senate since 2019 in a district that overlays Lakewood and other parts of Jefferson County, said calling her soft on crime is a canard. The main reason there’s been an increase in crime in Colo- rado and nationally, she said, is “the economic fallout due to the pandemic.”

“I am pro-law enforcement and have helped to dedicate millions of dollars in additional support during the pan- demic, as well as significant funding to go after the drug cartels who have exploited our communities,” she said. And Pettersen, who served in the Colorado House for six years before moving to the Senate, counters claims that she has exacerbated the fentanyl crisis in Colorado — a record 912 people died of the drug last year — with her backing of a bill in 2019 that downgraded the charge against those caught with small amounts of fentanyl and other drugs from a felony to a misdemeanor.

“I have been working and leading on this issue for the last seven years because of my experience fighting to save my mom’s life from an opioid addiction in a decimated system,” she said. “Colorado voters don’t want to criminalize people who are struggling with a substance use disorder. They want people to be able to get treatment, to recover, to rejoin soci- ety and be able to get a job and put a roof over their head.”

Pettersen calls Aadland “dangerously extreme” on abor- tion, an issue that Craig Hughes, a Democratic consultant with Hilltop Public Solutions, said could make the differ- ence in the 7th.

“Colorado 7 is a heavily pro-choice district, and it’s going to be very, very difficult for Aadland to obscure his out-of-touch views here, and I do believe this could be the deciding factor in the race,” Hughes said. “Not just suburban women — suburban men are generally very pro-choice as well, and Aadland will struggle to explain why he thinks an abortion ban is a good idea to these voters.”

Election Deniers and the 2020 election

More than 200 Republican candidates across the coun- try running for Senate, House, governor, attorney general or secretary of state have indicated publicly that the 2020 presidential election was illegitimate, despite all the evi- dence to the contrary. That number, though, is almost cer- tainly an undercount.

Pettersen, who is 40 and has a young son, will undoubt- edly turn comments Aadland has made questioning the results of the 2020 election against him in the run-up to the Nov. 8 election. “Election deniers like my opponent are the greatest threat to our democracy and the rule of law,” she said.

For example, according to audio the Democratic Con- gressional Campaign Committee shared with FiveThirty Eight, (an American website that focuses on opinion poll analysis, politics, economics, and sports blogging in the United States), Erik Aadland told members of the MountainRepublicans Club in Evergreen, Colorado, on June 21 that he was concerned by how the 2020 elections were “under- mined by fraud, how they were corrupted, and now how we have an illegitimate government in power.” That statement could prove detrimental to Aadland in the general election.

Aadland admitted in that leaked audio to being strate- gic in how he talks about the 2020 election, saying, “I don’t always use this kind of language on the campaign trail

because I am so deliberate with what I say, because the con- sequences of not winning are so significant. So, I am strate- gic. I don’t go out and talk about election integrity on and on and on because it’s not an issue that wins us this race.”

Poll watchers say their final impression is that Aadland is too conservative for a moderate district like Colorado’s 7th. But the Democrats, they said, are facing a tough election year with a president whose approval ratings, while rising in recent weeks, have been less than stellar for most of his presidency.

Positions for each candidate

Pettersen, a native of Colorado, has legislative experi- ence in the Colorado House and Senate, passed the nation’s strongest Equal Pay for Equal Work Act, Colorado’s Red Flag law, and the Secure Savings Act. She worked to save her mother’s life who was addicted to opioids from chronic back pain, and then applied that experience to others who are struggling with a substance use disorder or a mental health issue to have access to the care they need here in Colorado.

She opposes slashing Medicare benefits for seniors and has passed legislation protecting seniors from fraud and abuse. Pettersen is chair of the House Education Committee, she helped build the coalition to raise teacher pay, modern- ize school buildings, and get the funding for full day kin- dergarten. She attributes her success to her public school education in Jefferson County.

For more information on the candidate, see Pettersen’s website at https://brittanypettersen.com/

Aadland, a former oil and gas executive and first-time candidate, jumped from the crowded U.S. Senate primary to the congressional race in December before Perlmutter’s announcement. He is campaigning on his military and oil and gas experience, and is self-employed. Aadland’s websiteis at https://aadlandforcolorado.com/