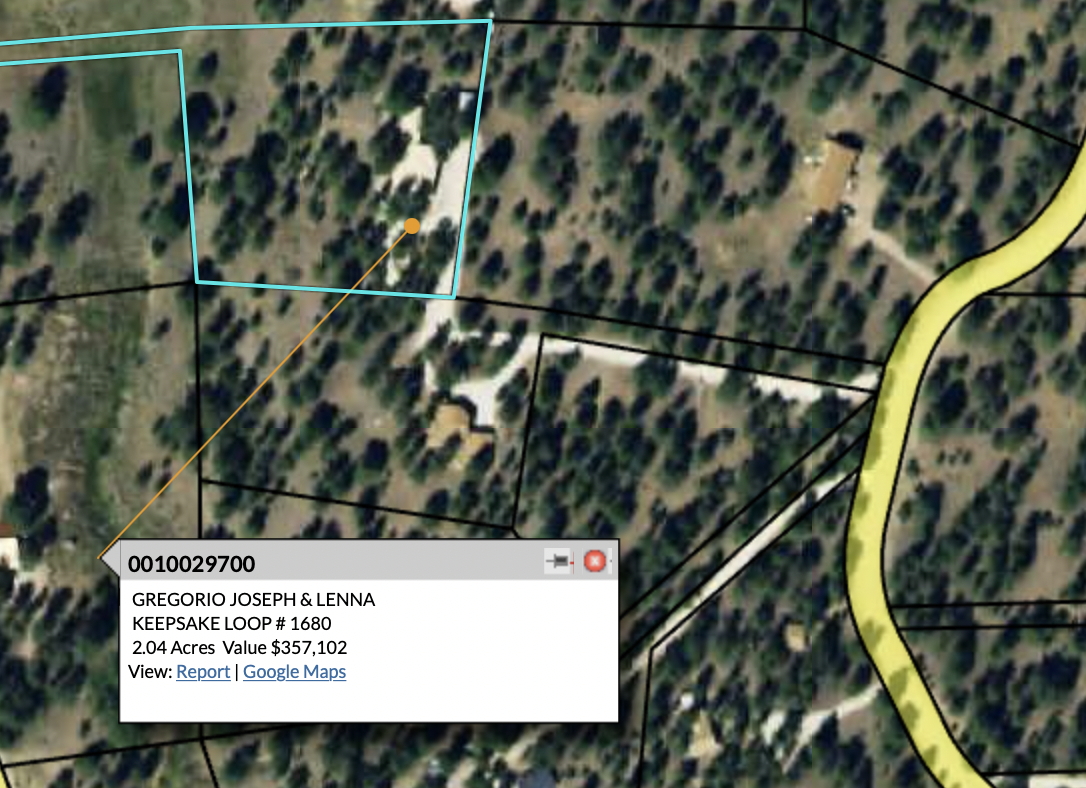 At the regular meeting of the Custer Board of County Commissioners (BOCC) on September 29, Bill Canda came out strongly in favor of property owner rights in the BOCC’s consideration of the Planning Commission’s (PC) decision to recommend denial of a Short-Term Rental (STR) permit to Joseph Gregorio of 1680 Keepsake Loop. However, his fellow Commissioners, while stating that they understood and sympathized with Gregorio’s attempts to change his application in response to his neighbors’ NIMBY-ism, declined to buck the PC and voted 2-1 to deny Gregorio his permit.

Chairman Kevin Day, introducing the consideration, asked Planning and Zoning Director Dorothy Carstens whether the PC had to give reasons for their votes. “I did not get individual reasons from them,” Carstens replied. “Each member is supposed to make a statement – I think that is required,” said County Attorney Clint Smith.

“First, I would like to say that I understand why neighbors would not want to have an STR next door,” said Gregorio, who was attending the meeting by phone. “I have managed an STR for over ten years in Florida at much closer quarters [than on Keepsake Loop] and I had no problems. The second thing I would like to point out…our rules policy is very stringent, I have put in a noise meter, [the neighbors] wanted no pets, so I said no pets on the property, they were concerned about the property borders so I am having a professional survey company come out to mark them.

“So, if you refer to all the concessions I’ve made – they also had concerns about road maintenance in winter, so I said I would have no tenants in the winter, also that I would maintain the road myself, so really my question [to the BOCC] is what are the criteria [for STR approval]. If I were a neighbor I would have no vested interest in having an STR next door, I’d be afraid of who might come in, etc, but that would be the same for any STR anywhere…I just want to know what the criteria are – is it up to the neighbors?”

“Are you expecting us to answer the question about approval or denial of STRs?” asked Tom Flower.

“Yes,” Gregorio said. “There were a lot of ‘could be’s’ taken into consideration of the denial. In Florida you apply for the permit and you get the rules and if you break the rules then your permit gets pulled. I have made a lot of concessions, I’ve even changed property managers [to appease neighbor concerns.]”

In response, one neighbor in attendance declared that “We’ve spoken with one voice as a neighborhood. 1680 Keepsake Loop has always been a single-family house so it should stay that way.”

“From my standpoint it’s incumbent upon us certainly to consider peoples’ opinions who live around a business,” Flower said. “Mr Gregorio has asked what the criteria are, and I am asking how much weight should neighbor opinion have – it’s not a use by right, it’s an exception so we need to look at them.”

“STRs are not classified as commercial properties under the Zoning Resolution,” said Day. “Concerns of the neighbors are a big consideration. It sounds as though Mr. Gregorio has tried to address those concerns – there have been two separate PC meetings, right? And the concerns came up at the first meeting and [Gregorio] addressed them at the second meeting, correct? That carries some weight with me as well, where he has been trying to address some of these issues.”

“The opinion of the neighbors does carry weight,” said Canda. “It did before STRs. I did call the PC Chairman to understand what the weight was, and he did say it carried a lot of weight, and it is a feature of regular SUP (Special Use Permit) hearings as well.

“However,” Canda continued, “landowners have rights, too. We don’t want mob rule on all things…my view is that property rights have a lot of weight and I believe that we are finding [Gregorio] guilty before being proved innocent. So I believe that this application should have been approved conditionally. We’ve done a lot of STR permits and I’ve talked to a lot of STR managers. If [Gregorio] wanted to, he could rent a lot more than he is proposing. I understand the [neighbor] angst, but there are options to get the criteria settled here: approve conditionally for a year, and if they don’t get it right, if they flagrantly abuse the property or something or make too much noise…I would rather have seen that – he has the right to use his property just as you do.”

“There is some ambiguity in the Zoning Resolution,” Flower responded. “I would move that we follow the PC’s recommendation.” Day seconded the motion, “for discussion.”

“Because it is ambiguous – because we never said ‘neighbors’ [opinions] will be considered’ – in my view we are going to have to fix a lot of things [in the Zoning Resolution],” Canda argued.

Flower, addressing Gregorio, said: “I have followed this and realize that you went back and tried to rectify problems… I can see that it would be very frustrating to apply for an STR and have neighbors get together to deny it. I understand that and it continues to be a source of angst.”

Neighbor David Zahn brought up the fact that he has to share a driveway with Gregorio’s property: “Any time anyone goes up that property they go right by my front door.”

“But if you had someone living there with a bunch of teenage kids you’d have to deal with people going in and out all the time, right?” Canda asked him. “Well, yeah, I have had to deal with that before,” Zahn said, “I’m just trying to make you guys understand why I am so against this.”
“I would just like to make a proposal based on what I heard today about the ambiguity in the zoning rules,” Gregorio responded: “That the BOCC approve a conditional permit, for one year, and give me a chance to prove to the neighbors that this is not going to be disruptive, and if anything comes up then you can pull the permit. As one of the BOCC said, give me a chance to prove myself versus all the concerns that haven’t really occurred yet.”

“I do wish we had some sort of a statement from the PC about their decision, because on the one hand we have some valid concerns and on the other we have an attempt to address those concerns and meet their criteria, so we’re not working with all the information here – that’s why I have a little angst about this,” said Day.

“I keep coming back to the process of this whole thing,” said Flower. “I think we need to continue to fine-tune it. Maybe we should have a recording of those meetings as part of this packet. Generally speaking, I would struggle with going against the PC’s recommendation, although we have. I appreciate that Gregorio has tried to work with this, so thanks to you for not getting hateful about this. You do have options if you are not satisfied with the BOCC’s decision. You have the opportunity to go to the Board of Zoning Adjustment.”

Day and Flower both voted to uphold the PC’s decision, with Canda voting Nay, reiterating that the PC should have granted Gregorio a conditional approval.

In other business, the BOCC considered and approved a letter of support for a proposal from Colorado Parks and Wildlife to purchase a 480-acre parcel of the Upper Red Cliff Ranch, located on CR 387, as a state wildlife area. The BOCC also considered and approved an interior vacation of six lot lines into one on a property in the Lake DeWeese subdivision, but agreed that the property owner’s request for a vacation of Dublin Lane from the point of the property line to his house would have to be a separate application process. Finally, the BOCC considered and approved an allocation of $7,874 in ARPA funds to the Wetmore Volunteer Fire Department for VHS radios; moved the date of the December 14 meeting to December 15 because of conflicts with a conference date; and considered and approved an agreement for program participation with the Colorado Housing and Finance Authority (CHFA) for technical assistance for the county’s attainable housing program, with Charles Bogle as the signatory.