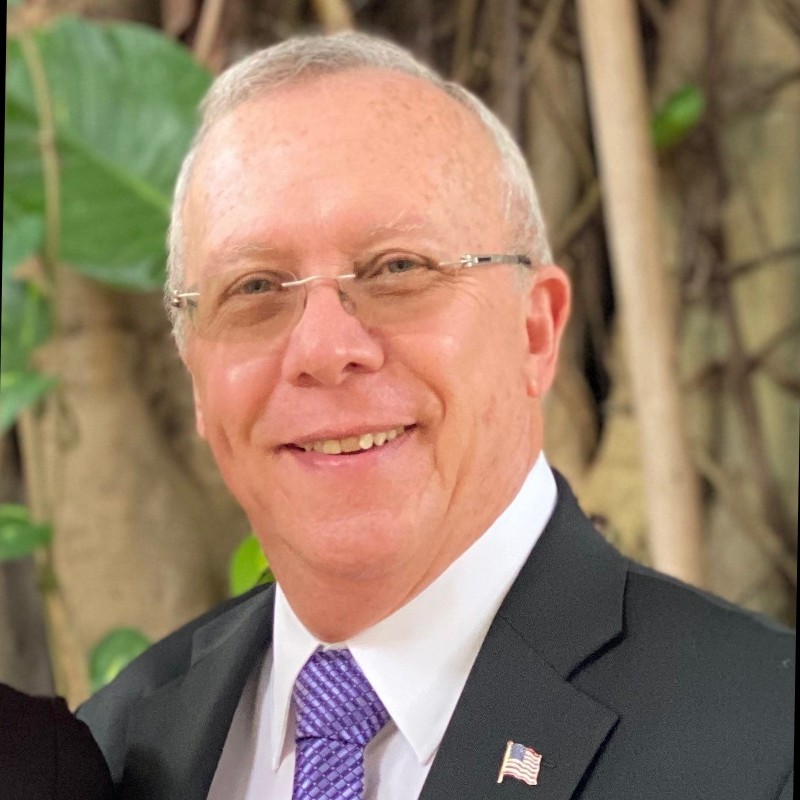 The Valley draws many extremely intriguing people to its beauties, ambience, and—when not chewing itself to pieces—friendly community sensibilities. Over the many years of its existence the Tribune has paused to tell a story or two about some of these good folk. “Peaks of the Past” is a reminder sometimes of that tradition, and the legacy of the numerous folk who have settled or visited here.

One such frequent summer, and for any other excuse, visitor, is a Florida resident with family roots, and property, here since the 1940s. A 1969 graduate of Pueblo’s South High, Russell Higbee went on to the University of Colorado for a couple of years, and then returned to Pueblo to finish his undergraduate work at CSU-Pueblo’s institutional predecessor, the University of Southern Colorado, with very frequent forays into the Valley. In 1977 he earned a BS there, with distinction, in Biology—a precursor of what was to come, personally and professionally. Ten years later he had completed his DVM at Oklahoma State University College of Veterinary Medicine, preceded by an MA and PhD from Wayne State University School of Medicine in the Department of Anatomy and Cell Biology.

That academic configuration, among other things, accounted for his eventual post as a—and in over 80 years on the planet, this writer had neither seen nor heard these two words put side-by-side—NASA veterinarian. Right: outer space and animal science come together in an impressive responsibility and accountability.

In 2018, Dr. Higbee was appointed the Clinical Duty Attending Veterinarian, National Aeronautics and Space Administration-International Space Station, at the Kennedy Space Center, Merritt Island, Florida. (This of course dates this writer, but might not some of you remember the hilarity involved in the mid-century TV show, “What’s My Line?” Dorothy Kilgallen, Arlene Francis, and Bennett Cerf could put viewers and audiences in stitches in ruminations about the oddities of American occupations and employment; can you imagine what they would have done with the challenge of “NASA Veterinarian?”) Recently, Dr. Higbee wrote us, “Obviously, working for NASA as a veterinarian is the pinnacle of my career…” yet there are further accomplishments of which he can be rightfully proud. This gentleman, who to this day claims that “the BEST restaurant around – Susie’s on Main Street,” Westcliffe, has presented groundbreaking research to both The American Physical Society (“Finding the Sweet Spot in BioTechnology”) and to The Royal Society in London (“A Clinical Trial in a Test Tube”).

Appropriately, Dr. Higbee currently has additional professional appointments congruent with his NASA position: since 2010, he has been Deputy Director of Global Laboratory Operations for Sanofi Pasteur, and since 2004, Adjunct Professor in the Burnett School of Biomedical Sciences, at the University of Central Florida College of Medicine, both in Orlando.
He modestly suggests that he and his research colleagues “have helped catapult modern research into the areas of new and rapidly expanding knowledge of medicine and human immune responses.” Recent science-in-the-news coverage has included noting “body on a chip” or “organ on a chip” technologies: “Those were spawned from much of the work myself and many of my colleagues have done here in Florida,” Dr. Higbee notes. (Check out the YouTube video “Vax Design.”

Referring to the Valley as “my old stomping grounds,” Dr. Higbee reminisces about the County Fair, the rodeo, the music festival, and that experience of which Floridians are deprived, seasonal weather. He keeps up on local affairs via the Tribune of course, and hopes someday to supplement the property the family has near the Alpine Lodge with purchase here in the Valley. One reminder of the Valley that is close to him and his family is a painting purchased from Susie’s walls when she was in the sad process of closing.

“My father was a great friend of Susie,” he tells us, “and my uncle was part of the summer music festival as leader of the Okalitza Tamburitzans. And of course, we always stopped to get ice cream and the best meat around at [Jennings Market]. Over the years, many of my family have lived in the Westcliffe area with the latest one being my son who worked at the sawmill during the summer a few years ago.”

Dr. Higbee concluded his comments on his engagements with our neighborhood by ʼfessing up to the fact that when he does look at additional property here, it’s “so when I finally do decide to retire, I can be in the best Valley in the country and the world!”

The Tribune wishes this reader, Dr. Russell Higbee, well in his continuing veterinarian and bio-tech career—and looks forward to the time when he drops in the office not as a visitor, but as a newly moved retiree! Then only here, so many new neighbors can grab a coffee with a NASA veterinarian…