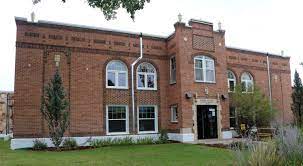 During the recent recall petition drive against Custer County Commissioner Tom Flower there were repeated incidents of harassment and obstruction reported on the part of those collecting signatures to remove Flower from office. A number of county residents reported aggressive behavior and no opportunity to rebut the statements made by the petition gatherers.

Flower had written a short statement that people were supposed to read prior to signing the petition but very few people said they were given the opportunity to read his rebuttal. The recall petitioners made claims that were not listed on the petition and which Flower was not allowed to rebuttal. Claims focused on stating the Flower was a pedophile who had physically abused students for decades and had been fired as a teacher from the school. Not only are these claims false, prominent figures such as elected school board Peggi Collins actively used this tactic to gather signatures.

All the signatures on the petition are public record and copies of those who signed are circulating in the community. Petitioners told those that signed that the petition was not public and nobody would know if they had signed.

After the petition was submitted on August 22, County Clerk Kelly Camper and her deputy clerks carefully reviewed all the signatures gathered and deleted those with incomplete or fraudulent information. Also, in response to county residents who have objected to the recall all together, experienced harassment or obstruction (for example, having their entry to the U.S. Post Office blocked by a petition gatherer), or denied an opportunity to read Flower’s rebuttal, she contacted the Colorado Secretary of State’s office on how to protest a recall effort.

If you feel you were pressured to sign the petition and you did so to avoid the aggressive person gathering the signatures, you still have time to recant your statement and have your name removed from the list of people who signed the petition. Also, if you signed the petition and didn’t know what you were signing or were not given the opportunity to read Flower’s rebuttal, contact Camper’s office and ask for help removing your name from the list. Again, the deadline is September 9; however, the office is closed on Fridays.

According to the Secretary of State’s Office (SOS), if you wish to protest the recall or experienced any of the actions mentioned above, you should write a statement of your experience with your name and contact information, sign it and have it notarized. Since this action involves elections Camper and her staff have been advised by the SOS not to notarize any statements. Rather you need to have another notary in the county, such as Kirkpatrick Bank or the Stewart Title Company, both on Bassick Place, notarize your statement and take it to Camper at the courthouse. The deadline is September 9, 2022, to get your statement to the County Clerk’s office. If you have questions, call Camper at 719-783-2441 or email her at custerclerk@custercountygov.com. All statements MUST be in writing; no email statements will be accepted.

Submitting statements is just the beginning of the protest process. According to Camper, a county clerk from outside Custer County will be selected by the SOS to conduct a hearing into the manner and accuracy of the petition gathering and review the protest statements. A date has not been set yet for the hearing.

The Tribune is following the protest closely and will post more news as it becomes available. Again, this is an individual effort – you must take action if you feel you were harassed, lied to, or pressured into signing the recall petition. Remember, the deadline is September 9. Camper said she is facing some hard election deadlines soon, and if there are enough protest statements a likely outcome is that the recall vote will not be placed on the November ballot.