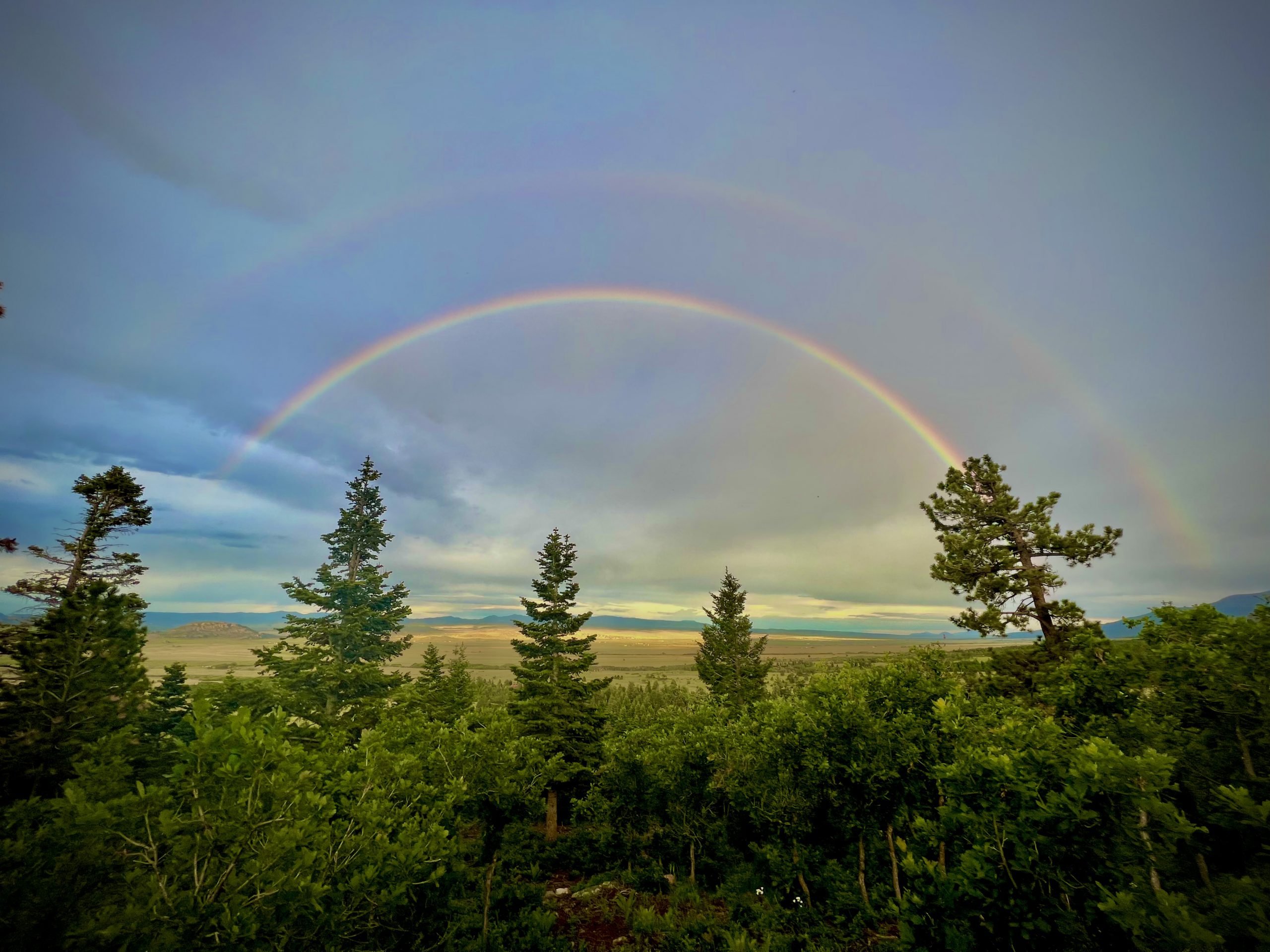 While the heat does remain in the Valley with an estimated high of 83 degrees, the chances for afternoon storms and rain increases to 50 percent today. Following the typical monsoon season pattern, the storms will build over the Sangre de Cristo Mountains and then move east between 3 and 5 p.m. Tomorrow the chance of storms breaks the pattern a bit with the best chances spiking at Noon to 3 p.m. as a small disturbance moves through the atmosphere.

Wildlife Officer Justin Krall stated that tests for toxic algae are still negative at lake DeWeese. While there are some visible algae in areas this is not the dreaded toxic blue algae that can harm the skin of both pets and humans. While Krall would not say why the algae has not formed this year, the likely cause to us at the Tribune is the lack of artificial fertilizer used on hay ranches this spring. Because the price of fertilizer was so high this spring, many opted to cut back heavily or not fertilize fields at all. While native grasses will grow fine without fertilizer, cheap prices of chemical fertilizer can give crops an added boost in yield, netting more money to the hay rancher. But when prices spike, the increased tonnage is not enough to justify the cost. Without the artificial nitrogen (organic nitrogen is found in manure) to feed on, the toxic algae remain below levels to cause damage. While the Custer County Conservation District and hay ranchers dispute this point, this year’s little natural experiment has proven to be a good data point for more investigation. Regardless, it gives us some hope that the pollution that poisons our waterways can be addressed in the future.

As the local landfill nears capacity, locals can help ease the burden by recycling this Friday. A process over two years in the making, the new Custer County recycling program opens this Saturday at the landfill. They will be accepting carboard, paper, steel, and aluminum cans.

Want to know more about what is going on in the Valley? The best place to get that is the Wet Mountain Tribune. Delivered every Thursday since 1883. Print subs can be found here and instant online e-editions can be found by clicking here! https://wetmountaintribune.com/subscribe/