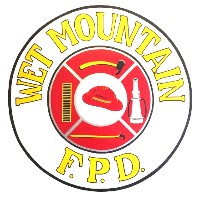 (Note to our readers: The following story highlights the failure of the designated Election Official and Administration of the Wet Mountain Fire Protection District to announce the coming election to be held Tuesday, May 3. However, according to the state, elections cannot be postponed. TheTribune encourages voters to take part in the election despite the short notice and lack of information on the candidates.)

On Tuesday, April 19, the Tribune received a press release from Tracy Ballard with an attached picture that announced that an election would be held in two weeks on May 3 for the Wet Mountain Fire Protection District. Two board of director seats are up for election and the press release announced that three people were running for the two open seats.

The short notice given, along with the lack of proper legal notification, breaks at least three state laws regarding notification of a special district election. The Tribune has been reaching out to the election official and the board about why the election announcement was not made in a legal and timely manner.

The election official in charge of overseeing deadlines and legal requirements of the election is Ballard. Ballard is a contract reporter for the self-described “hyper-partisan” right-wing newspaper the Sangre de Cristo Sentinel. In addition, Ballard owns and operates an online news website The Valley Beat that covers news events in the Custer County region.

One of the main requirements of the election official is to publish a “notice of election” legal notice at least 20 days before the election in a newspaper of general circulation in the county. In addition, the legal notice must be placed on the front of the office of the special district that is easily visible to the public 20 days before an election. In the past, the election notification was made in March after candidates had announced themselves. The Tribune asked Ballard why no legal publication had been published in the Tribune. She responded that it was printed in, “The Cañon City Daily Record, Sentinel, Valley Beat. It was sent to you as well but you didn’t print it for whatever reason. It will also be on the door of the fire house.” She has not responded or provided the edition dates of when that notice of election publication was printed in the newspapers she claims. As of Tuesday, there was still no notification on the front of the firehouse office seven days before the election.

The Tribune has checked the editions of the Cañon City Daily Record and the Sangre de Cristo Sentinel for the legal notice and the Tribune has been unable to confirm that it was ever published. Another legal requirement is for the election official to notify the Custer County Clerk and Recorder of an election or canceled election 20 days before the scheduled date. As of Tuesday, Clerk and Recorder Kelley Camper had not received notice of an election.

This is not the first time that the administration at the fire district office has failed to properly publish notice of the election. During the last election held in 2020, election offi- cial Teri Munson published the notice one week before the election. Munson is currently the administration secretary at the fire house and works closely with Ballard. Tribune sources in the fire department have informed the Tribune that Munson claims these notices have been published correctly for the current election, but failed to provide proof or dates of the publications. There is also no information on the election on the Wet Mountain Fire Protection District website or on their Facebook page.

The issue may be brought up at the fireboard meeting Wednesday evening, but this will be after the Tribune has already gone to print. An update to this story will be placed on the website of the Tribune at www.wetmountaintribune. com. The full press release received on April 19 is published here. It contains some of the election information but does not include who can vote in the election.

As the Tribune was going to print Tuesday Ballard made a comment, “The error was simply that. An error and misunderstanding. It was strictly my fault and not at all in any way the fault of the WMFPD. I accept full responsibility. Additionally, I am not with the Sentinel and have not been since last November.”