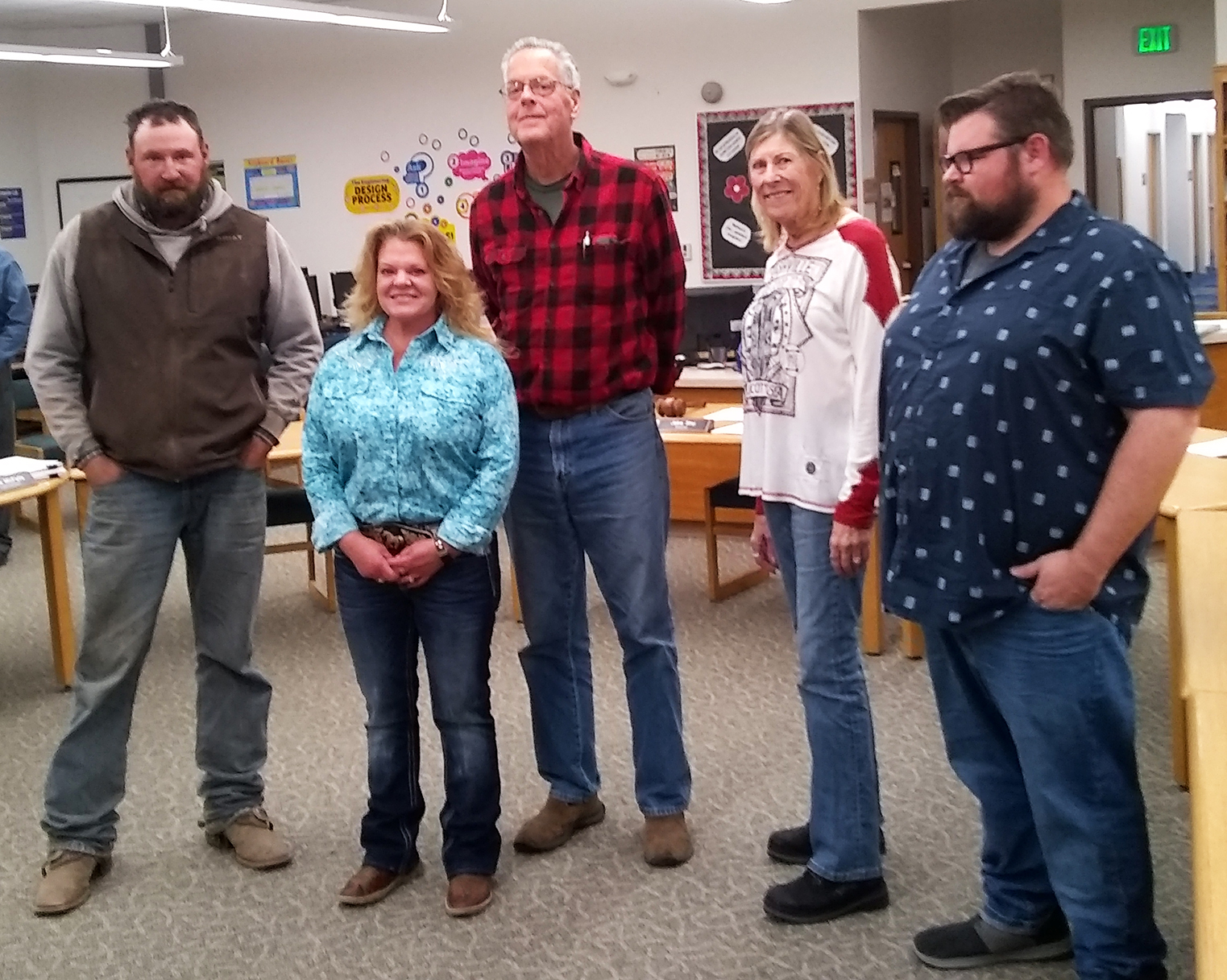 School Board engages in hyper-partisan politics

(Originally published on Thursday, April 21 in the Wet Mountain Tribune.)

During the March C-1 Board of Education (BOE) meeting, three members of the school board engaged in flagrant partisan politics in the non-hiring of a substitute teacher.

Dr. James Gilbert, a retired virologist and former research business director who lives in the Valley, responded to the growing need for teachers at the Custer County Schools. In an interview with the Tribune he stated, “I knew the school needed more teachers. I do not have a teaching certificate, but I have experience in education and so I put in an application to help as a substitute teacher. This was to assist the school and the community through the teacher shortage.” Dr. Gilbert was involved in academia at Michigan State University as a Postdoctoral Research Associate and as a Fellow with the Leukemia Society of America. In addition, he earned a Ph.D. in Microbiology along with a Minor in Biochemistry. Dr. Gilbert’s experience also includes decades working for businesses as a supervisor of research projects with biopharmaceutical companies.

The school administration interviewed Dr. Gilbert and approved his application and sent his name along with a few others to be approved by the BOE at the March meeting. This is when things went wrong.

In an unusual move, the BOE moved Dr. Gilbert’s hiring to be removed from the other hiring and resignations that are voted on as a single item. No reason was given. When Dr. Gilbert’s hiring was brought to the board, there was no discussion and three members out of the five voted not to hire him. In the school board audio recording Dr. Gilbert, surprised, asks why they did not hire him and if there was something deficient in his resume or application. President Jake Shy stated, “we do not discuss personnel issues in public” and the meeting ended.

The Tribune has reached out for comment from the board twice and none have responded.

From an outside perspective, this act seems random, but the wider view and context show that three members of the BOE engaged in partisan, and likely illegal, politics when they knowingly singled out Dr. Gilbert not to hire as a substitute teacher despite his exemplary resume and willingness to serve the school during a teacher shortage. The Tribune went through a decade of school board minutes and there was never an instance where a substitute teacher was not hired after being approved by the school administration.

It was BOE directors Jake Shy, Jordan Benson, and Peggi Collins who all voted to not hire Dr. Gilbert without any discussion. However, Dr. Gilbert’s name is well-known to all three, particularly to Peggi Collins, as Dr. Gilbert serves as the chairman of the local Custer County Democratic Party. For the past two years, Gilbert volunteered his expertise in virology to the Board of Health and the local Public Health Department. He was steadfast in recommending masking at the start of the pandemic and the benefits of vaccines when they became available.

During this time, The Sangre de Cristo Sentinel, a right-wing partisan newspaper in Westcliffe, endlessly berated Dr. Gilbert in the pages of their newspaper. Over the past year, the Sentinel moved into outright lies and malicious accusations against Dr. Gilbert. They have wrongly labeled him a Communist and part of a conspiracy to use COVID to allow the Chinese to take over the world. Sentinel Publisher George Gramlich has hatefully nicknamed Dr. Gilbert as “Dr. Doom” anytime that Gilbert speaks at a public meeting.

School Board Peggi Collins is a contributor to the Sentinel (her name appears weekly in the publication, and she is credited with the mountain photo that makes up the logo of the Sentinel). In addition, she is frequently at the Sentinel office and often helps the publication with various groups like the one that stormed the BOCC meeting two weeks ago demanding that Dominion voting machines be removed.

However, Collins is not alone with her close association with the Sangre de Cristo Sentinel. During a recent interview on the podcast “Texas TL in Exile” Sentinel owner and publisher George Gramlich told the interviewer about the success of the Sentinel taking over the school board. “We are not journalists, we are hyper-partisan, and we do not make bones about it, we don’t pretend to be journalists because it is working for us.” Gramlich continues, bragging about how his partisan actions have disrupted the community in Custer County. “We have taken over the School Board. We have taken over one of the two town boards completely [Silver Cliff] and threw a bunch of libs off that board.” Gramlich is referring to School Board members Jordan Benson and Peggi Collins. (the Tribune has established through sources that Shy is not close to the Sentinel).

The interviewer then questioned Gramlich, “once you get the libs out of power, do they hang around Custer or do they leave? What I have noticed is that communists on library or school boards, are attracted to the small one or two people that have the most control over other people and once they get on a board, they control everyone.” Gramlich responded, “after the severe beating we have given the local commies some of the heavy hitters have left the county. But on the other hand, the mid-level and lower-level libs are not relenting. They will take a beating, lick their wounds, and be back in three to six months.”

The actions of Benson and Collins are consistent with the goals of Gramlich. Benson is also a Silver Cliff Trustee, the town board Gramlich boasts he took over. They proved their close readings of the Sentinel’s comments on Dr. Gilbert by voting not to hire him even though they never discussed the job with him.

The Sentinel has always had an interest in taking its brand of hyper-partisan politics and influencing kids at the Custer County School District. In the same interview, Gramlich talks about his strategy of influencing local kids. “I came up with an idea, why don’t we start covering school events and start plastering pictures of the kids in the middle section of the newspaper? So, the kids will be interested in reading the [Sentinel]. This has been successful, and I would say that 95% of the kids at the school read the Sentinel.”

Gramlich concluded his interview. “When COVID started and we started doing our research, people in the Valley were uncertain over what we were saying. Over the course of the last two years, our [reporting] was unrelenting and we have convinced several hundred locals to switch over to reading us over the ultra-liberal and commie [Tribune] newspaper.”

Dr. Gilbert, and the students of Custer County that could have learned from an expert in microbiology, were robbed by Gramlich’s unrelenting lies. What remains to be discovered is if the school board members discussed not hiring Dr. Gilbert outside of the meeting, which would be a violation of Colorado Sunshine Laws, or if they only relied on the reporting on Dr. Gilbert in the Sangre de Cristo Sentinel. The Tribune has repeatedly asked for comment over the past month and has not received comments from any of the five school board members.