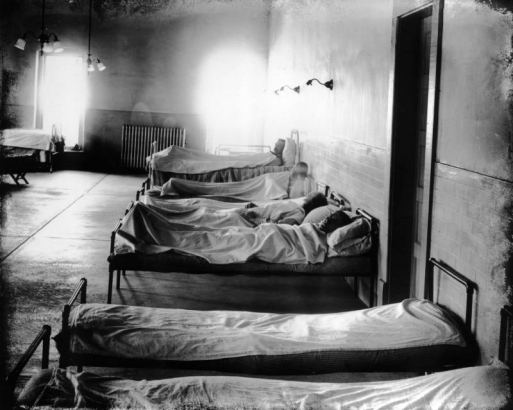 The evidence for viral death is written in headstones

In 1918 a young Westcliffe woman traveled to Canon City to help care for her ill sister and her sister’s ill children. Shortly after arriving in Canon City the young women contracted the same illness as those she was caring for; she died there on Tuesday, November 19, 1918. She was 28.

The young women’s name was Dorothy Mildred Cusack who was born and raised on the Pines Ranch just to the northwest of Westcliffe. She was the first Custer County citizen to die of the Spanish Influenza. But she would not be the last. A few weeks later, Otto Frank, who had recently returned from fighting in Europe during World War I, died near Hillside at the age of 28. Frank is the first recorded death of the Spanish Influenza in Custer County. The Tribune announced his death and noted that “the funeral was attended by only a few friends and the relative, owing to the worry of contracting the influenza.”

For the next six weeks the front page of the Tribune listed the people of the Valley that were sickened or killed by the Spanish Influenza. Willie Wolff of the Canda Ranch, the Lutheran Reverend Reiniga, Mr. and Mrs. L.D. Miller were just the first wave sickened in the community.

To understand how a virus that originated in Oklahoma in 1917, crossed the entire globe, mutated, and crossed the globe again to eventually kill scores of Custer County Citizens, requires a look into a story of government incompetence mixed with suppression of the truth.

When the United States entered World War I in 1917, the Federal Government censured and limited what the press could publish. When the first reports of a strange new type of influenza sickening soldiers in army camps in Oklahoma came into Washington, it was silenced to keep America from looking weak to the world. A few limited stories were published about the sickness in Army camps, but mass publication was largely blocked. Government officials assumed that the public would overreact to a trivial sickness.

At first, the influenza was not terribly deadly, but it was extremely contagious. When it first passed through the trenches of Europe, soldiers called it the “three-day fever.” Most recovered. When the virus entered neutral Spain, newspapers there were more free to write about how contagious the disease was. Somewhere in this mix, the virus mutated, becoming extremely deadly. The Spanish press wrote so much about the disease, and were the only media that were free to write, that the disease became known at the Spanish Influenza.

However, infected cities only half-heartedly tried to quarantine the disease. School was often canceled, but public events such as parades, church, and festivals were still held. In one instance, a parade in Philadelphia allowed more than 10,000 to become infected, with several thousand dying a few days later, the bodies pilled in the streets for burial teams.

The government and press were constantly blocking the warnings of doctors that understood that large compact crowds allowed for the influenza to spread quickly.

The Spanish Influenza spread further west and entered Denver on October 11, 1918. The first few doctors that treated patients did not want to believe that this was the Spanish disease they had heard about. But after more cases became a flood, they realized the Spanish Influenza had arrived. The Mayor of Denver quickly passed bans on public gatherings indoors, but did not ban outside crowds since it was believed fresh air killed the disease.

When Germany surrendered on November 11, hundreds of thousands of people in Colorado threw caution to the wind and held mass parties in large crowds. The victory in Europe was the perfect bed of death for the Spanish Influenza.

Because trains never stopped running to the infected cities of Denver and Pueblo, the disease exploded into the rest of Colorado after November 11. This included trains to Canon City and Westcliffe.

Dorothy Cusack died on November 19 and Otto Frank on November 24. Articles in the Tribune said the disease would pass quickly and to not be concerned.

Between 8,000 and 40,000 Coloradans died from the disease, but these numbers are just guessing since most records were suppressed by the state government in Denver. The numbers are likely understated. Modern statistical models put the death percentage in Colorado between 5 and 8 percent of the total population.

It is nice to think that in Westcliffe, we are protected from the outside world. That we are insulated from the risks of a larger world. But the gravestone of Dorothy Cusack is still visible at the Pine Cemetery, her name chiseled roughly into the side of a boulder.

The philosopher John Grey stated that history repeats itself because we so easily forget. 102 years ago a world wide pandemic caused the death of 100 million people and sickened a third of the world’s population.

That was before planes that carry 3 billion passengers a year across the world. Right now, the coronavirus in China is threatening the same as the Spanish Influenza. Except, planes from China are still landing in Denver daily. The Colorado Department of Health has said the risk is low. But what does “low” risk mean when talking about pandemics? In a modern connected world can we really tolerate the consequences of being wrong? The probabilities of a pandemic are low, the cost monstrous. How monstrous is carved into stone at the Pines Cemetery.