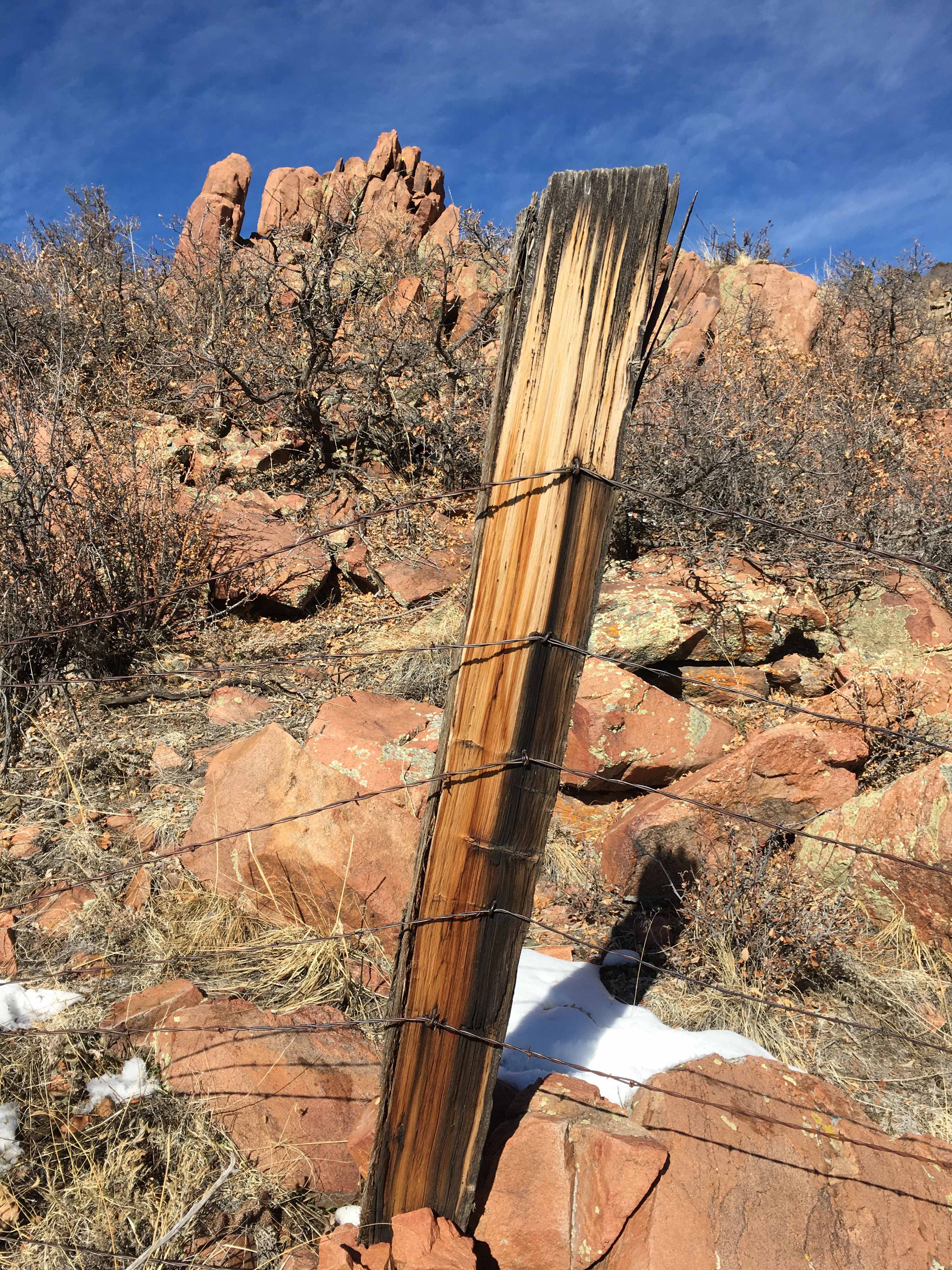 Mistakes of a New Rancher: How Pain Teaches Lessons about Redundancy and Rationality

When I was working as a broker-in-training at a Charles Schwab call center, I would often stare out the window near my cubical. On clear days, I could see a massive snow-capped mountain in the distance. Staring at that mountain, I remembered that as a boy, I looked at the same peak but from the opposite horizon. As call after call was piped into my ear by a computer, I dreamed more and more of my childhood ranch located on the other side of that same snow-capped mountain. The thought of returning to the ranch gave me comfort during my self-imposed servitude.

Seven years later I am cradling a frozen calf in my cabin living room as the newborn cries out in pain, blood spurting from its nostrils and mouth. With tears on my face, the calf lets out one more cry as its lungs fill up with blood. For a moment the calf is still as it suffocates. Then, the death spasms consume the newborn and I squeeze the dead body hard to keep the corpse from trashing the rest of my living room. A minute later, all life has left its body. I carry it outside and lay the body in my frozen pickup truck. The calf’s mother bellows a long, desperate call.

This is what I had dreamed of in my cubicle seven years earlier?

I had left the city to find relief. Freedom from the dullness that occupied my existence. The dream of returning to the land, of self-reliance, of living in nature, all seemed to be the solution to the closing box of urban reality.

The morning after the calf died, I drove my truck up the hill, and carried the frozen body into the woods. I placed it under a tree, next to the body of a calf that had died five days earlier. In my sorrow, all that I had done, and that we were doing, all felt lost.

The death of two calves in November came from a series of mistakes that had started the previous February when the neighbor let out his bull, certain that it would not detect our herd of cattle a few miles away. Within hours I was using my body and a heavy iron rod to stop the bull mounting two young cows that we did not want pregnant. Alyssa, my girlfriend and partner in the cattle herd, had used the truck as a desperate shield to block the bull from our young, year-and-four-month old heifer we had named Baby Bee. At just a year and a half, these heifers (female cattle that have not had calves before) would suffer from pregnancy at that young age. Nine months later, those two cows had two premature calves, and both died from problems with lungs being underdeveloped. We learned the lungs are one of the last organs to develop in mammals during pregnancy. Premature birth and lung issues go hand-in-hand in the human and bovine species.

It was the philosopher and doer Nassim Taleb that taught me about the Greek concept of Pathemata Mathemata, learning through pain, in his book Skin in the Game. The local veterinarian/cowboy Kit Ryff has another term for the ancient Greek saying, calling it, “The school of hard knocks.” Both hit on a fact that learning almost always comes through pain.

This is counterintuitive. In the culture I was raised in, we believed that you could learn by studying books or in a classroom. Memorizing facts and taking tests is still considered “learning.”

While at Charles Schwab I spent evenings and weekends reading about farming and ranching. I read all the sustainable farming books I could find. Joel Salatin, Elliot Coleman, Allan Savory, Wendell Berry, and Allan Nation were my favorite farming authors. But while all these books are great, there was a warning throughout Joel Salatin’s books that advice could only go so far. The only way to learn how to farm, was to start farming.

With two dead calves, Alyssa and I were definitely learning how to farm through pain.

As I thought about the situation more, I realized that there was even more to learn. While it was easy for me to blame the neighbor letting out the bull, the only reason my cattle were nearby was because I lacked redundancy in my beef herd.

The worst drought in the area’s history had prevented most grass from growing that summer. The lease we had the cattle grazing was a desperate move for the cattle to eat grass from two summers ago. We did not have the money to buy hay, and even if I had had the money, hay prices had quadrupled from the year before.

In short, our ranch business lacked backup for unexpected dry periods. Hay the year before had been affordable. I could have had extra hay in the barn in anticipation for such eventualities (we live in an arid climate after all) but I had rushed the cattle purchase, eager to take action with my cattle herd.

In addition, the area the cattle were grazing had a hundred-year-old fence, which did nothing but slightly inconvenience the cattle as they pushed through the rusty and dull barbed wire fences. We had done our best to fix the fences, but it was a huge and mountainous area.

Again, Nassim Taleb has pointed out that redundancy in modern culture is considered inefficient. But becoming efficient causes fragility. Without enough savings in the bank, unexpected events can lead to our ruin. And as Taleb states, “Redundancy is ambiguous because it seems like a waste if nothing unusual happens. Except that something unusual happens — usually.”

What I learned from two dead calves whose frozen bodies now sat under a tree in the Colorado wilderness, was that while the neighboring bull being let out was the precise cause of the deaths of our calves, the lack of redundancy was the overall cause of the sorrow that was flowing through my heart.

The bull was random, but we knew the cattle were not contained. Unwanted bulls getting into neighboring cattle herds is not uncommon in cattle country, and our fragility exposed us to this unusual, but not totally random, event. From the lack of extra hay in the barn to the pasture with an old fence, I created a fragile situation.

Only What Kills You

The calves dying was a particular low point. “What was I doing” kept running through my brain as I looked at the black calf lying in the white snow. I did not seem prepared. I still lacked enough redundancy, the stress of my life was taking a toll. This was not the relief I had dreamed of as a broker-to-be at Charles Schwab.

But strangely, I did not desire to try and go back to that more comfortable life. While in that moment my suffering was great, one thing I had come to notice was that relief is not something humans can or want to obtain. Total relaxation for long periods of time does not seem to make us happy (assuming

we even know what happiness is) and while ranching was not what I had thought it would be, I knew I was much more alive than I had ever been in the city.

The anti-enlightenment philosopher John Gray has an excerpt in his book The Silence of Animals: On Progress and Other Modern Myths, I have come to turn to when I start to yearn for happiness:

“Human beings are more likely to find ways of living well if they do not spend their lives aiming to be happy. This is not to say we should pursue happiness indirectly — an idea also inherited from Aristotle. Rather, we are best off not looking for happiness at all. Looking for happiness is like having lived your life before it is over. You know everything important in advance: what you want, who you are. Why saddle yourself with the burden of being a character in such a dull tale? Better make up your life as you go along, and not be too attached to the stories you tell yourself on the way.”

I made a mistake turning to farming to find happiness, but that is a mistake I am glad to have made, as my connection to reality grows each day, with each mistake.

While I have made many mistakes, I have not made any mistakes that have killed me or threatened my entire farm. Dying calves are heartbreaking, but it hardly threatens our existence as ranchers. It is only what kills you, that keeps you from learning from pain.

The Only Definition of
Rationality

Strangely, this discussion of learning from pain brings us to defining rationality. I have done, according to the conventional metrics, many irrational things in my life. Leaving a career in finance, moving into a 29-foot trailer in the mountains, ranching, and many other crazy actions have brought me to a point where I can look back and realize that none of those actions would have killed or ruined me.

I did not have money, but that also means I did not have anything to lose except time. There is nothing I have done, or could do, that would blow me up from a ranching or business perspective. Being poor comes with a freedom to take on trial and error with limited losses to property or life.

This brings us to the last point, again made by Taleb. “Rationality… is only what aids survival and avoids ruin. Rationality is risk management, period.”

For this rancher, learning through pain is part of being a rancher. It is part of the adventure of life. And no adventure is truly thrilling without risk, pain, and struggles. Otherwise, it would just be a walk in the park.

There are many lessons still to learn. But as long as actions do not lead to ruin or death, then mistakes should be treated as painful and valuable information. In fact, it is important to take and learn from as many small risks as possible. I have to remind myself that while these calves died, the lessons we have learned will keep other calves from sharing the same fate.

It would not be important if it was not painful.