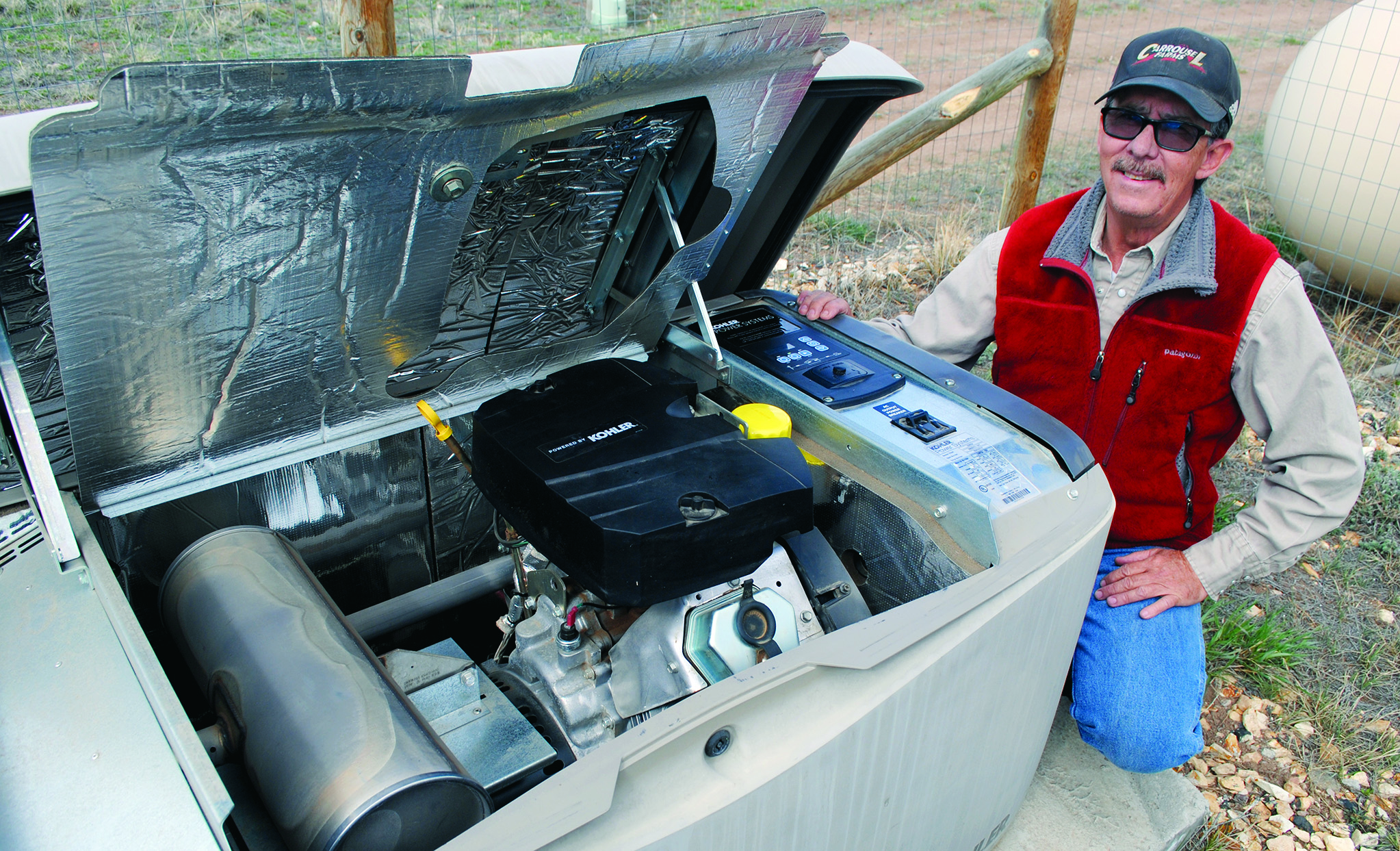 30 years of providing the Valley with peace of mind

Glenn Miller showed me to his backyard, where a discrete plastic box sits a few feet away from the propane tank. Inside is a small motor patiently waiting for the power to go out. It’s a Kohler generator. “Within 10 seconds of the power going out, the generator kicks on. When it detects that the grid is stable it goes back into standby.” 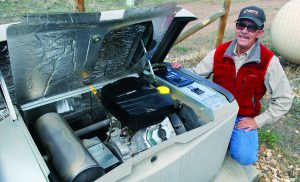 Miller has sold and maintained generators for about 30 years, but the windstorm of 2011 really got him into the business. Powerlines were down all over town and no one had electricity for days. These days he deals primarily with machines built by Honda and Kohler due to the quality of their parts. “A generator is an investment that adds value to your home. If you want to take the generator with you when you move, the whole thing can be detached and relocated. The generator hooks into your existing propane line which is advantageous because propane is just as good if it has been sitting in a tank for years. Generators powered by gas are alright if the generator is portable and you’re running it a lot, but gas doesn’t hold well over a long period of time. Not to mention what ethanol does to an engine.”

ng roof. Solar batteries are a hassle that only last five to seven years before they need replacing, so he sells the power right back to the electric company. “By itself, the generator is not designed to power a home. Solar by itself won’t power an entire home. Combined they will keep your lights, and important appliances like your refrigerator, your water heater, or your oxygen compressor running.”

He shows me a few portable generators sitting in a junk pile. “People buy these because they’re cheap, and because they’re made with cheap parts they breakdown. They might make a certain model one year and the next year they switch all the parts. Often, it costs more to fix it than it did to buy the thing. The few hundred dollars you saved buying it online might end up being a few thousand dollars of a headache.”

“The trouble with installations is that someone might see a price online and they believe that’s what the price is supposed to be when you buy it. But that online price doesn’t include someone to install it or someone to service it. If it’s not set up by a master electrician then it’s probably not covered under the warranty or your home insurance. If you bought it online, the warranty for it might have run out while it was sitting in the warehouse. Here the warranty doesn’t start until the machine is working.” For a consultation on equipping your home with a backup power generator, contact Glenn Miller at 719-371-8625
– Zakk Byers