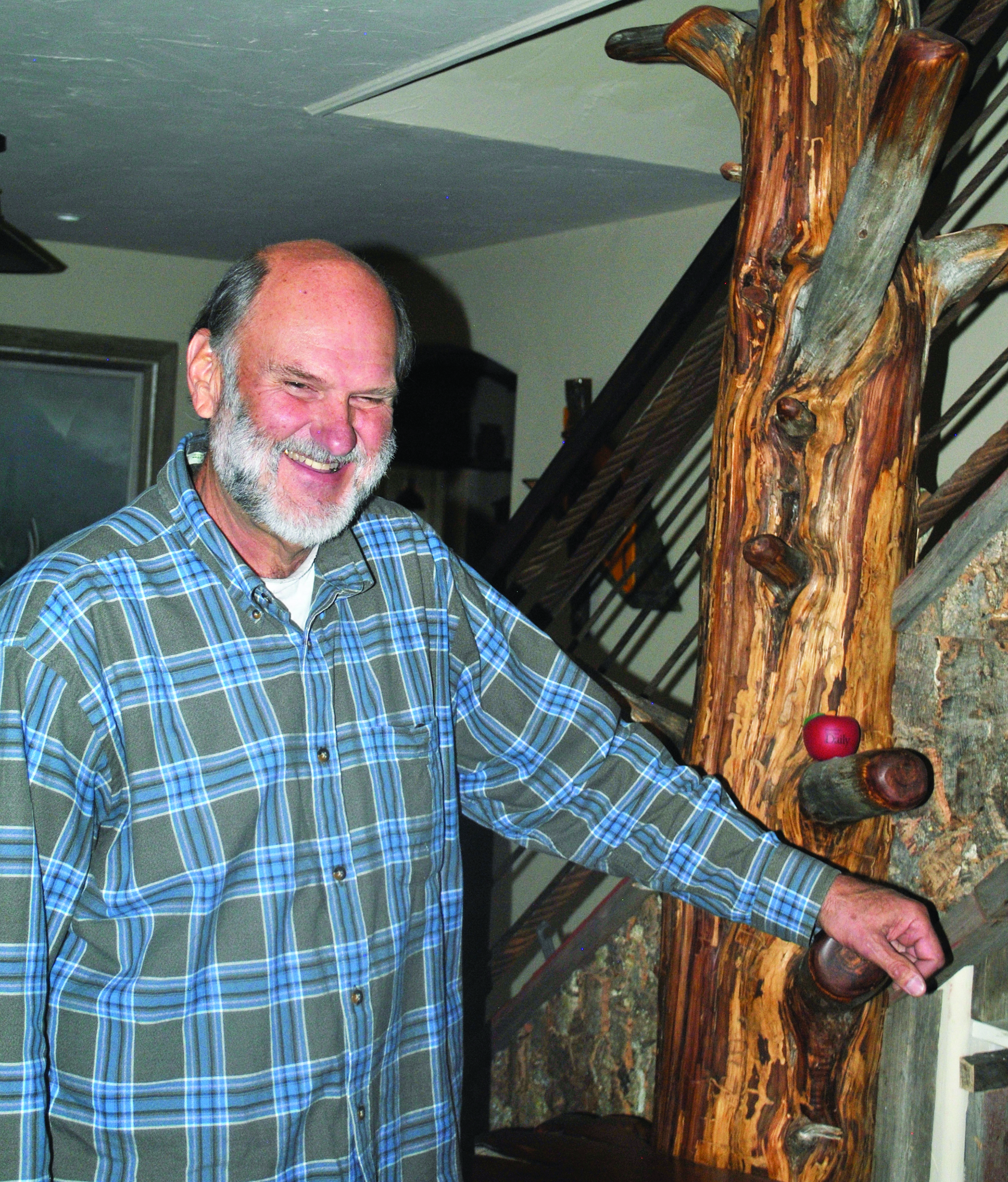 Bob Fulton is into his third decade of residency, work service in the Valley, having experienced his “Hoza Flats Hit” in 1995. Like so many of us, his first view of the Valley, which was terra incognito for the Denverite at the time, became the lasting one, and the one he chose “to come home to.”

With roots in rural Virginia, Bob came to Colorado in 1983, established transportations businesses in Denver, and lived on Lookout Mountain above Golden. Wanting to get “deeper into the mountains, while avoiding the hustle and bustle of resort towns,” he and his then spouse, along with Evergreen friends, were checking out ranching properties around the state. “We’d never heard of when it was mentioned as a place to look into when we realized we weren’t taken with some property in Rye,” he recalls. When they asked the realtor where Westcliffe was, he indicated “well, right over the mountain, west.” They came over the mountain, and the rest as we say, is history.

Yet what a notable history it has been for him. A fairly successful entrepreneur, Bob initially parlayed his business acumen into a hay purchase and delivery trucking company here. Raised on a dairy farm, he realized early that “in you can occasionally have a day off.” Although to hear him detail the way he translated his experience with a 120 plus semi trucking and logistics—“we did logistics before it was cool,” he chuckles—company into his one 28 foot gooseneck trailer outfit, one wonders when that “day off” ever occurred.

Bob delivered hay from the Valley all along the Front Range, into the mountains, and as he built up business, into New Mexico and Arizona. His equally enterprising neighbor and friend, ACE Hardware owner and now Westcliffe Mayor, Paul Wenke, was still located on Main and realized Bob was running an empty rig back from Denver with some frequency. The consequence: a trucker’s dream—coming home with ACE store deliveries. “You don’t make money hauling air,” Bob chuckles, recalling the days of his first work in the community. He sold the business about five years ago; the new owners report to him on occasion of former clients still inquiring after him.

Fulton seems to be that kind of guy: you don’t forget him. Large in stature, he seems to have settled into a gentleness of spirit, while largeness remains with his visions, passions, and service to the community.
Perhaps chief among his passions is one that drives the rest: a profound affection for , this place. He travels a lot, and enjoys seeing a lot of country from the driver’s seat, not in the air; he had just pulled in from a jaunt to California on his motorcycle this last weekend. He also enjoys a lifestyle where he could live anywhere. He chooses to live and work here. Why? “I tell ya,” he says, without a blink, “what keeps me here is the community, the folks; I know I’m not the first person to say that…,” and he happily wanders off into recounting the qualities of small community life that he finds so appealing. “You can be as involved or as uninvolved as you want, and when you need help, so many people come forth to do just that—help. It’s wonderful, and all in attitude too; what’s right for you might not be right for me, but we can respect one another.”

Bob has obviously chosen the “involved” and delights in the way in which his vision sometimes becomes concrete, in projects and programs he wholeheartedly gives himself to—18 years of volunteer service on the Friends of the Beckwith Ranch board, even longer with the Historic and Scenic Byways program. Engagement with the of history and tradition, and the vibrancy of the past as assessed in the present, came to him naturally, though later in life. “I had my Virginia business office in a 1770’s building, where Robert E. Lee had had an office on the third floor. I walked on the same steps,” he muses. “So much history we just take for granted…Here, I became aware of the remnants of the past all about us, and feel that what we do have, let’s keep.”

His local commitments were kind of accidental. He was encouraged to volunteer for the Beckwith board of directors shortly after moving here, eventually stepping off it in order to oversee the historical restoration of the Ranch itself. In those days he also accepted an invitation from Charles Proctor, active with the San land Protection Trust, to assist him and several other volunteers for an afternoon of restoration work at the Kennicott Cabin, just below Beckwith on Highway 69. That turned into two weeks of volunteer and was the birth of a passion Bob sustains to this hour, with his Back Again Restorations company. Through his initial service with the Beckwith and Kennicott restorations, Bob became familiar with Harrison Goodall, one of the country’s expert historical restoration architects and consultants. His vision, passion, service, and growing experience brought him contracts with the US Forest Service and Parks and Wildlife. His listing of the projects he has been engaged in is a walk through Colorado, New Mexico, Utah, and Wyoming wilderness history and discovery: the Tres Piedras home of Aldo Leopold, first forest ranger in the Carson Forest, appointed 1912; closer to home, the 1908 Mingus Cabin, just over the Wet Mountains on the south side of Bigelow Divide; right at home, the Willow School; the Brown Cabin, in Iron City, next to St. Elmo; and perhaps the most challenging of all, the 12 summer restoration and rebuilding of the Fairview Fire Tower at 13,200 feet in Pitkin County. For the he carried lumber on his back up the last 1200 feet of elevation.
Reflecting on what it is in the human spirit that sustains him in such demanding commitment to restoring, preserving and maintaining historical structures, the word “hallowed” moved from his heart to his vocabulary: “We do it so that you can stand there, and your grandchildren, that the story remains alive, the story of hallowed buildings and barns, unique to their time and now, our place…”

Bob’s commitment to community has another passionate facet, again come to later in life: in his spacious 2nd Street home and grounds in Westcliffe, hosts house concerts with musicians locals would otherwise travel to Denver to enjoy, all proceeds to the musicians. He hosted 12 this and has six lined up already for 2019. “Music is a good growth opportunity,” he notes, accenting the very practical side of his visions; “there’s financial benefit.”

He applies the same practical notion to historical restoration in the Valley, citing the fact that historical tourism is on the rise. “To see, to experience; there’s no match, no video, no photo that can duplicate being there.” And he moves on with how our own Custer County kids could hold a class with their teacher at Willow School, who early on could be motivated to study historical restoration and return home to make an economic go of it in the Valley.

“We can take charge,” he lovingly says, “and never have to say someday, ‘Whoa, how did that happen?’”

Fulton remains dedicated to the Valley and its communities in his particular ways, and builds neighborliness, literally, into monuments and music. This newcomer is one who fosters and nurtures the old-timers, the legacy, the presence of those who made it possible for him, and all of us presently, to live here. “This is home,” he smiles; “I’m happy with what I’ve done, what I do…It’s important to bring back what was.”