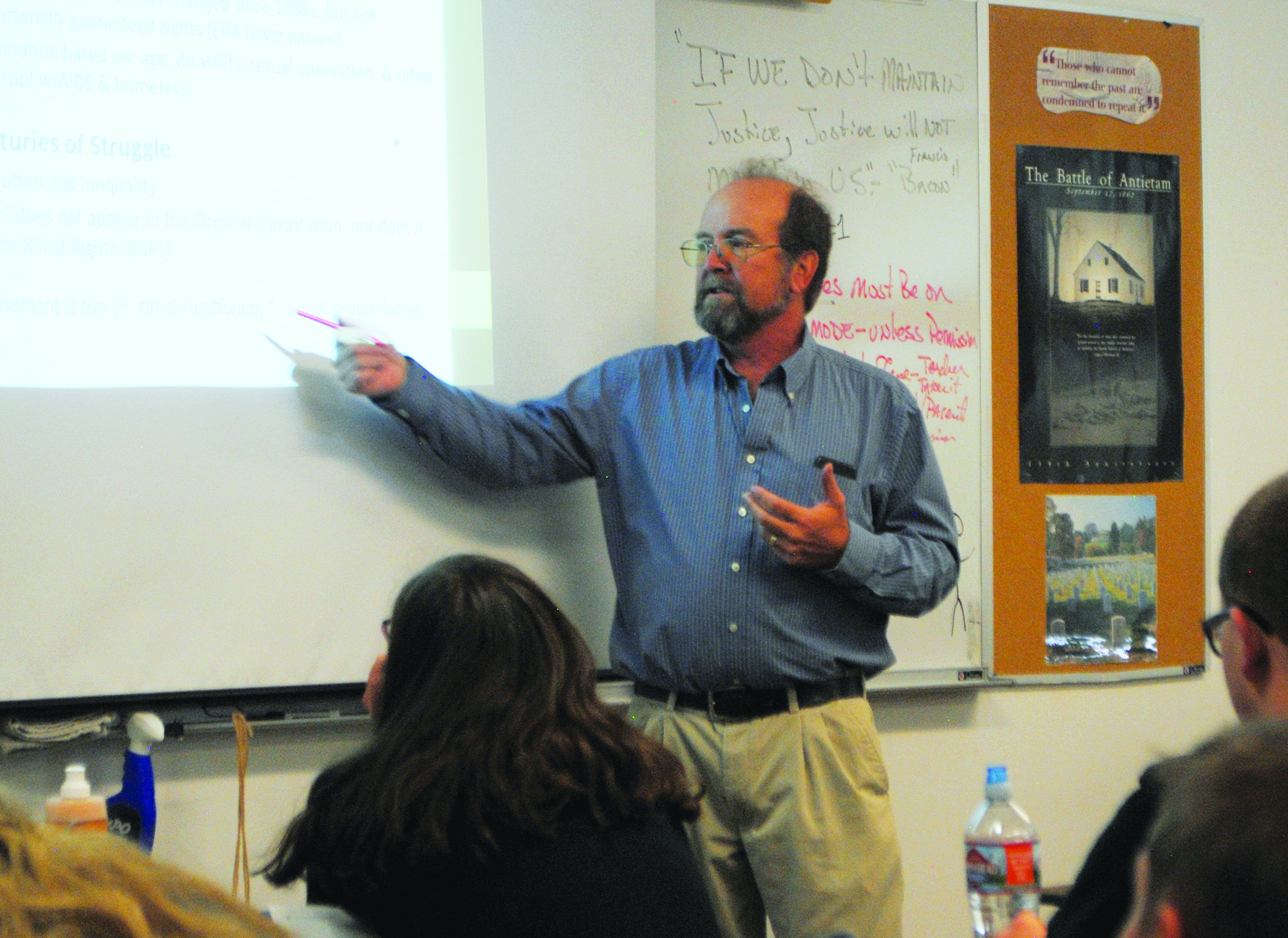 Amendment 73 on this year’s ballot is an effort by the people of Colorado to get more money for schools and salaries for teachers. The Tribune interviewed two local experts on the advantages and drawbacks of the proposed amendment. The amendment has several subtleties that make it a difficult issue to understand.

Local social sciences teacher Jim Bistodeau is a proponent of amendment 73 and was one of the key people that helped gather signatures in Custer County to get the amendment on the ballot.

“Colorado ranks 48th in the United States in money spent per student, and the state ranks 49th in teacher wages.” Colorado rural teachers’ wages are considered to be the worst in the United States, with starting salaries for teachers set near minimum wage of $10.20 an hour but still requiring certification and a four-year degree. “A new teacher graduating college with a certification and a four-year degree can go to Wyoming and get a starting salary of $48,000. In Colorado, a teacher with several years of experience can only get a salary of $38,000. And it’s much worse in rural school districts like Custer County.”

Amendment 73 looks to address this issue by raising the tax rate on households that make over $150,000 a year, and that will have no impact on most of the Colorado population. “Look, if you compare the tax rates of those making large incomes, and take their average tax rate including federal, state, and local taxes, their average percentage is around 5.3 percent. A person making $30,000 to $52,000 being taxed on average 8.2 percent. So, while this is a progressive tax using Colorado income taxes, it will only bring their tax rate up to 7.1 percent; this is still below middle-class tax rates.” A calculator to estimate the impact of the tax changes can be found at bit.ly/73-the-real-cost.

Bistodeau concluded, “This might be the last chance for schools to get enough money to do their job, each year the education budgets get worse. If this amendment passes, it will bring in a needed boost of funds, around $690,000 next year for Custer County Schools.”

While there are more points to the proposed tax increases that include corporations, one particular part of the amendment concerns local County Assessor JD Henrich.

“I am all in favor of schools getting more money, my wife was a teacher for 22 years here in the Valley and it was hard working on such a low salary. But there is one part of this bill that concerns me, and that is the property tax reduction for commercial properties.”

Henrich explains that there is nothing wrong with a school property tax reduction on businesses; it would be the first reduction since 1982, but it would mess up the math of the 1982 Colorado Constitution amendment known as the Gallagher Amendment.

“The Gallagher Amendment is what causes every property tax problem in Colorado, and it will cause a problem if 73 passes. The Gallagher Amendment says that residential homeowners can never contribute more than 45 percent of state property taxes. Every two years the state looks at property taxes and adjusts those taxes to have a 55/45 split.”
According to Henrich, if business property taxes for schools are lowered, it will force a further reduction for residential rates. “This will have an impact on more than school district taxes, it will further lower funds for all districts. Think Fire, EMS, Library, and so on.”

The unintended consequences of trying to get schools more money could be hard on all districts.

“It’s a real mess, we need more money for schools, but with the automatic adjustments caused by Gallagher, all taxing districts could see further declines.” To make matters worse, nobody knows the full ramifications until the law passes.

In the end, everyone involved in state education and property taxes agrees that schools in Colorado are massively underfunded and are facing even steeper declines in budgets; 73 could help stop the slide. But while Colorado is number one economically in the United States since 2008, there remains a constant struggle created by the Gallagher amendment that hangs a dark shadow over every effort to address budget shortfalls.